My experience in a few words 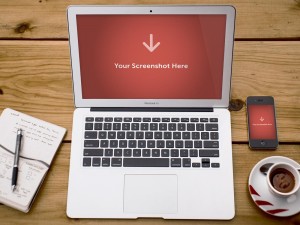 I always knew that I wanted to work in computer science. The question was which program to choose. Finally I decided to get a B.Com from McGill University with a major in MIS and a minor in accounting. The reason I picked this path was because I wanted to program for companies and be able to understand any problems related to accounting.

After university, I worked for a small company, instead of a large one to gain more knowledge. After a few years, I became project manager and had some programmers under my supervision.

After five years, I received a job offer from a manufacturing company. I accepted the offer and became an operations manager. Unfortunately, my job lasted only a few months, as the company closed its doors. Meanwhile, no one had been hired to replace me in my previous job. Several months later, ongoing projects were in a precarious situation. I was asked to help on one of those projects.

On that day, I decided to create “les développements Soluco”, which still exists 28 years later. During those years, I worked in the field of printing, for many manufacturers, for importers and I also worked in retail sales for a large restaurant chain. I worked on both small and large projects. At the beginning, I was working in a Unix environment and I was using business BASIC. About 15 years ago, I started to work with a company on a project in VB6. I currently work almost exclusively with Visual Studio, Ms SQL and Crystal Report. I also have extensive knowledge of Excel and Access. I offer Windows solutions and Web solutions.

For more information take a look at my projects section.